There is a special energy in the Karst – the village of Lokev has been known since ancient times as a positive energy centre, a perfect stop for relaxation. A small village with a great character is home to the oldest prosciutto factory in the Karst. Also nearby, you can visit the old Lipica stud farm and the gorgeous Slovenian caves. Spend the day outdoors, see the beautiful Karst landscape by bike, turn your lunch into a picnic on the lawn with our basket of goodies, or simply ask us about excursion suggestions.

A 16th-century stud farm, the cradle of our indigenous Lipizzaners, is known and appreciated around the world. Visit the stud farm, Lipikum Museum, take a carriage ride or ride a real Lipizzaner. An emergency stop for anyone who has never seen it before, even for the youngest ones, who can enjoy pony rides. 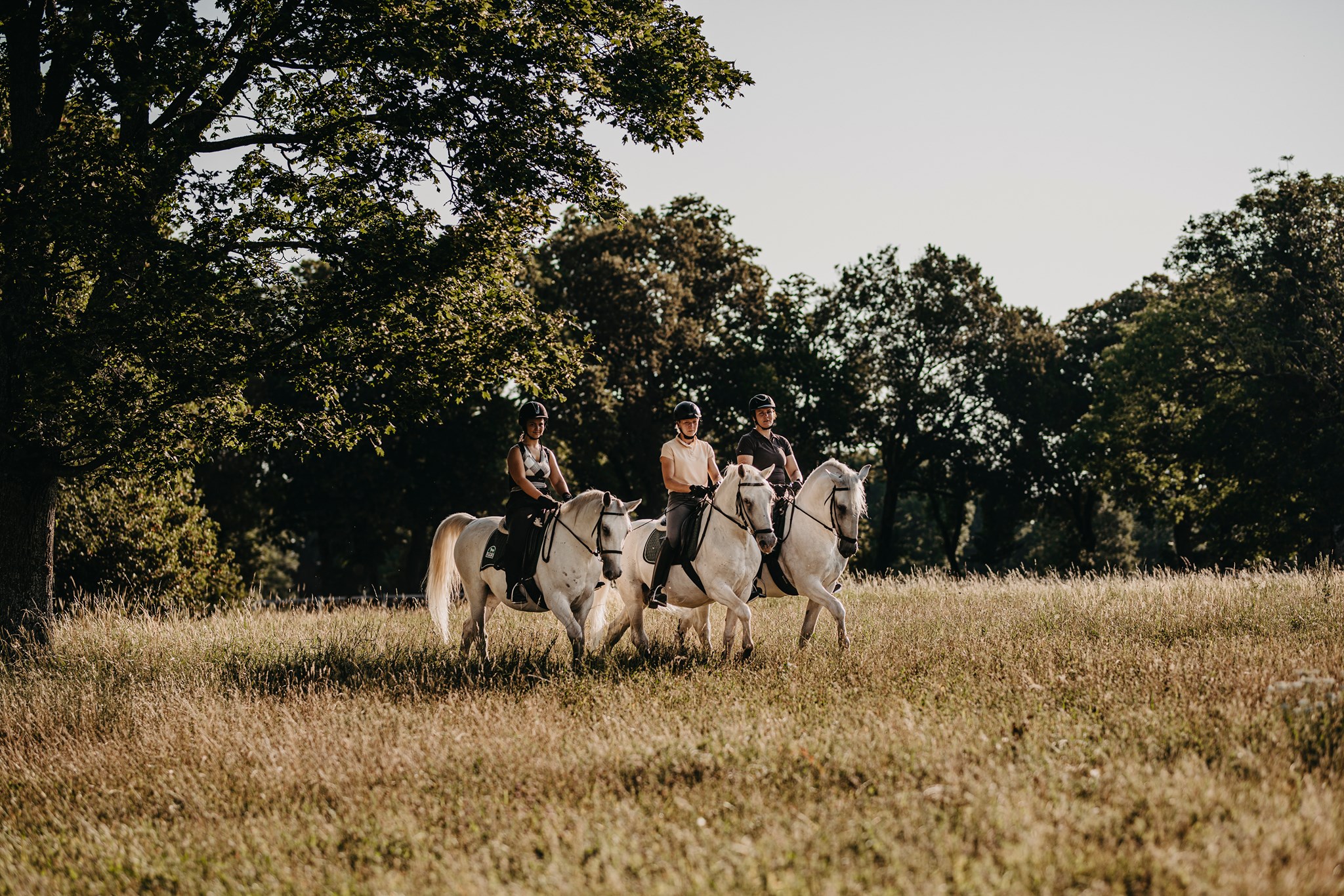 The Lipica estate is the central attraction of the Karst and one of the main cultural atractions of Slovenia.

Lipica is home to Lipizzaners and is the largest Lipizzaner stud farm in the world.

Embark on the discovery of a small village in which the House of Krasna is located, known for its special energy and its exceptional culinary offer of smaller and larger local restaurants and inns. It is also the home of the oldest prosciutto factory in the Karst, the Tabor military museum, the church of Sv. Mihaela with frescoes by Tone Kralj, a Gothic chapel, and the picturesque Fabian Museum Shop from the 1930s.

Above the village of Lokev rises the hill Kokoš to the top of which two paths lead, which enable a pleasant three-hour circular trip. Ideal for spring and autumn walks, full of footpaths, bike and horseback riding trails, and places to relax.

The first tourist cave in Europe is only 5 km away from the Krasna House, so visiting it is almost mandatory. In 1633, tourists came to visit from Trieste because of the mysterious energy in the cave, as the locals believed that the cave was inhabited by fairies, hence its name. Later, the interest in the cave waned, so it managed to maintain its authenticity.

Less than 30 minutes by car can take you to the most magnificent cave in Europe. You can see the Postojna Cave by train, which will take you through the first part of the cave, where the first subway in Europe is located, and discover the second part on foot, among stalagmites and stalactites, past spectacular tunnels, passages, and real underground concert halls. Postojna Cave is also home to the proteus, the most unique and interesting animal in the world.

The Karst and Istria have always been closely connected and only 30 km away from each other. So don’t forget to bring a swimsuit on your holiday.

Nearby is also neighbouring Italy with the nearest city of Trieste. Stroll through the beautiful old town, indulge in a shopping day, and sit in one of the many bars. Make sure to try the Aperol Spritz with afternoon snacks or a Trieste Illy coffee with the best croissants.

A unique experience is a visit to the magnificent Škocjan Caves, which are only 8 kilometres away from the Krasna House. This is the only natural site in Slovenia that is part of the UNESCO World Heritage List and therefore worth a visit.

Karst is made for a beautiful bike ride

Rent an e-bike & helmet. Advance reservations are required. Due to COVID-19, the activity will be carried out in accordance with professional recommendations.

Breathe in the fresh Karst air. Fill yourself with Karst energy.

We love the Karst.

Every day in nature. By bike, on a picnic with our basket of goodies, on a Lipizzaner or a nearby hill.

Living in the Karst means living with magnificent horses, unique in the world - Lipizzaners.